Three charter boats, 19 days at-sea, and over 2,500 fish sampled during our hook-and-line surveys across three marine reserve sites has made for a productive fall field season thus far. The ODFW Marine Reserves Program’s three ecological research scientists have been busy, often conducting surveys at multiple marine reserve sites simultaneously in an effort to take advantage of fall weather windows. While some of our surveys will continue through October we’ve wrapped up the hook-and-line surveys for the year, ending on a high note; during our last few days of hook-and-line surveys at Redfish Rock Marine Reserve we recaptured two fish that had been previously tagged during our spring field season. 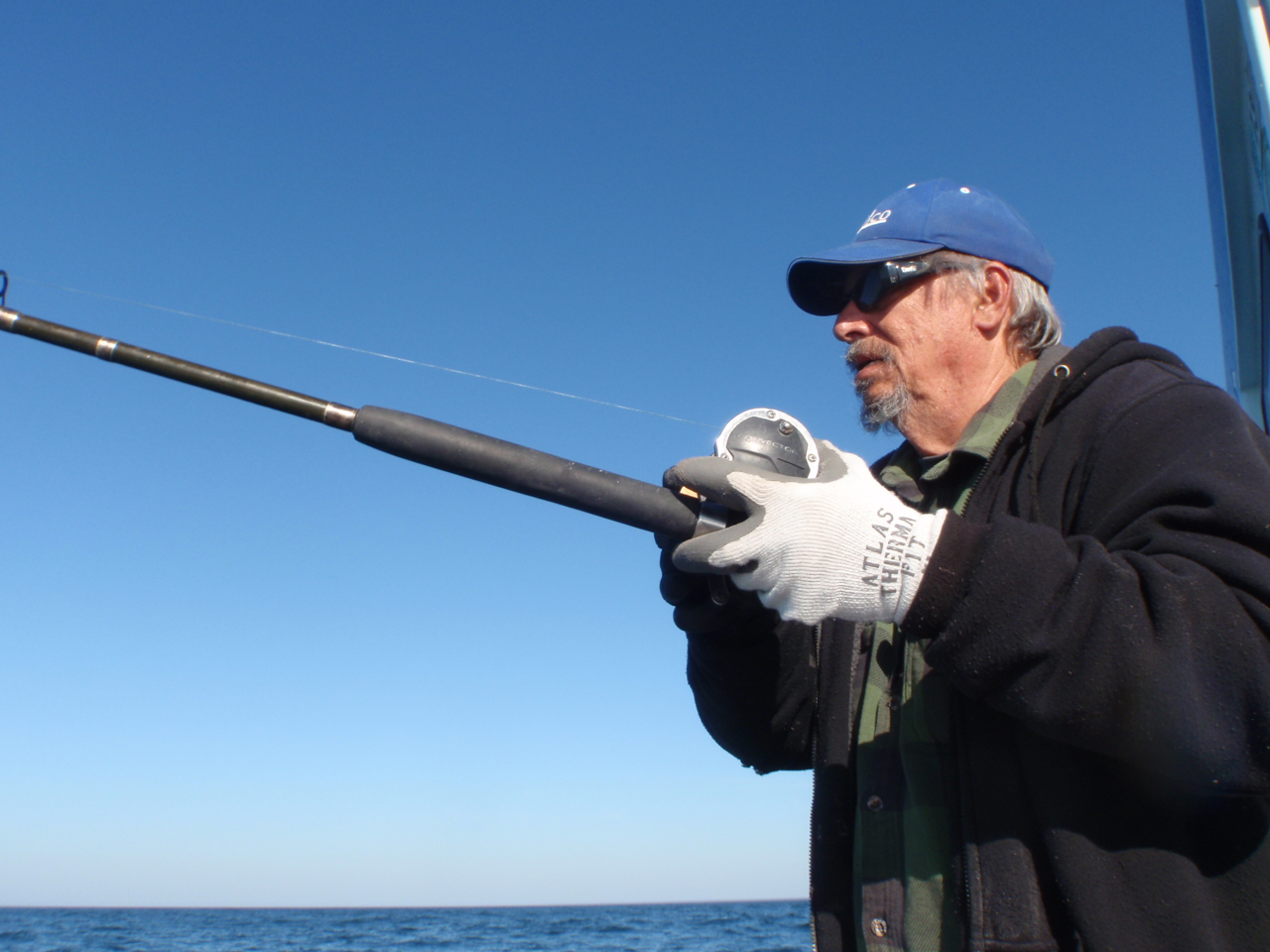 While catching two tagged fish doesn’t seem like a big deal—it is actually a rare occurrence in wild populations. Why? The odds of catching previously tagged fish are extremely small as there are, literally, many fish in the sea. These two recaptures provide us with important information about post-release survival. These fish were originally caught, measured for size, tagged, and then released during a pilot study using experimental longline gear. We worked in collaboration with experienced fishing captain Jeff Miles, who you might hear referred to by locals as the resident Redfish Rocks expert, off his commercial fishing vessel ‘Top Gun’ out of Port Orford. The pilot study compares fish composition, size, and abundance resulting from different fishing survey techniques. Last week’s recaptures—a black rockfish and a lingcod—show that these two species survived being caught on a longline, tagged by our team, and then released. We were also very interested to see that the lingcod and the black rockfish were both originally tagged and also recaptured within the marine reserve boundaries.

Other highlights from this year’s hook-and-line surveys include collecting data on a good diversity of fishes. “Thanks to all of our skilled volunteer anglers we were able to see a high diversity of fish during this fall’s hook-and-line surveys. We saw tiger, vermilion, and quillback rockfish among other species. This information really helps us because we have little data on these solitary species with small home ranges that may be the most likely to benefit from reserve protections,” explains Jessica Watson, a research scientist who works jointly with our team and Oregon State University-Partnership for Interdisciplinary Studies of Coastal Oceans.

Now that the 2015 hook-and-line surveys are completed, staff are focusing on the analysis of this dataset. We’ll be compiling this year’s survey results into a newsletter for our volunteer anglers, captains, and the public. Look for the hook-and-line newsletter on the Oregon Marine Reserves website this November.